(1) A lunar eclipse occurs when the earth comes between the moon and the sun.

(2) A 'solar eclipse' occurs when the moon comes between the sun and the earth.

The North Pole and the South Pole.

An imaginary circular line passing through the earth's surface at equal distances between the two poles is called an 'equator'. The parts of the globe that fall due to this imaginary line are called 'hemispheres'. The hemisphere from the equator to the North Pole is known as the 'North Hemisphere'; The hemisphere up to the South Pole is called the 'Southern Hemisphere'.

The imaginary lines on the earth's surface connecting the two poles and perpendicular to the axis are called 'lines'. Since all these lines are equal in length and go south-north, the question is which of these lines should be considered original or basic; Therefore, according to the international code, the line passing through the city of 'Greenwich' in England is considered an 'Original Line'.

The spherical gaseous belt around the earth is called the 'atmosphere'. The atmosphere is a mixture of many gases. Nitrogen and oxygen are the most abundant gases at 78.03 percent and 20.99 percent respectively. Argon gas is 0.94 percent; Carbon dioxide is 0.03 percent. Hydrogen gas content is less than 0.01 percent. Vapors and dust in the atmosphere are also very small.

The general state of the atmosphere is called 'weather'. Although the sun's rays falling on the earth are in a straight line and parallel to each other since the earth's surface is round, they fall in a straight or perpendicular line in some parts of the earth; In some parts, it is slanted or very slanted. As the sun's rays fall straight or perpendicular to the equator, the temperature decreases as it moves farther south or north of the equator.

(1) Since 71% of the earth's surface is covered by water, the earth looks blue when viewed from the sky.

(3) Due to the rotation of the earth, certain imaginary circles and zones are formed on the earth; Seasons are formed and uneven days and nights are formed.

(4) Due to the Earth's atmosphere, space appears blue. If there was no atmosphere on Earth, it would look black.

(5) The continuous cycle of day and night continues due to the rotation of the earth.

(7) On 3rd January, the earth is at a minimum distance from the sun as it revolves around the sun in an elliptical way.

(8) The equator is an axis at equal distances from both the poles. The equator has to be mentioned as the largest axis.

(9) As the latitude increases, the length of the axis decreases.

(10) The shape of the axis on both the poles is the only point.

(11) All lines come together at both poles.

(14) North pole and south pole can be fixed without giving latitude.

(15) In the southern hemisphere of the earth, due to the large area covered by water, that hemisphere is called the 'water-hemisphere'.

(16) In the northern hemisphere of the earth, due to a large amount of land, that hemisphere is called the 'geo-hemisphere'.

The surface of the moon is rough, rough, and steep. Frequent meteor showers have caused many craters and holes in the moon. Since there is no atmosphere on the moon, the space looks black when viewed from the moon. Sunrise and sunset occur on the earth slowly and in a specific order; But on the moon, both of these events happen suddenly. Since there is no atmosphere on the moon, the atmosphere is large. About 121 ° C on the Sun's side of the Moon. Gray. So much so that on the opposite side - 156 ° C. Gray, that's the temperature. Due to this condition, life is not found on the moon. The gravitational force of the moon [As much as one-sixth of the earth's gravitational force, a person who can jump 4 feet high on the earth can jump 24 feet high on the moon. The moon is not self-illuminated. As the planets in the solar system, the sun is the source of energy for the moon. Since only 7% of the total light received from the sun is reflected from the moon, you find the moonlight mild and fragrant. 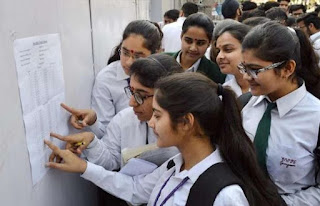